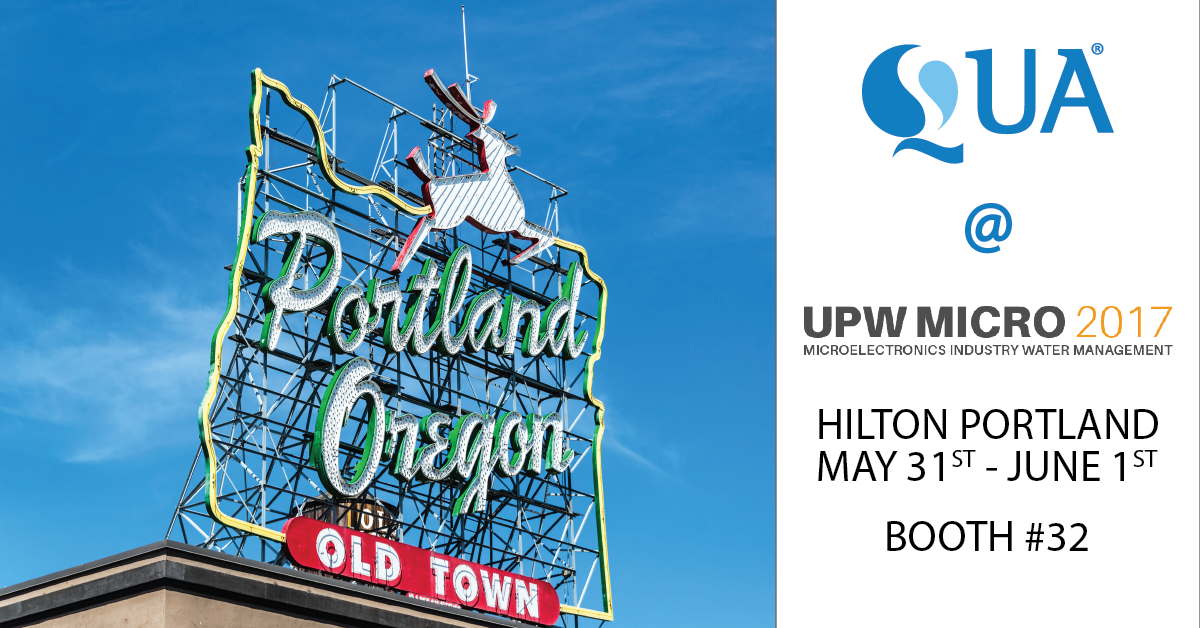 Qua is proud to be exhibiting at the Ultrapure Water Microelectronics show in Portland, Oregon on May 31st and June 1st.  We will highlighting our FEDI (Fractional Electrodeionization) Technology as a solution for the microelectronics industry.  Here’s a brief summary of our FEDI :

Making a good technology even better

And more about UPW Micro :

Point of use treatment

Cost reduction and other continuous improvement

Sulfuric acid and salinity in the wastewater